Gold is the ultimate hedge currency. Its purchasing power has not really changed significantly throughout the 5000 years of recorded human history. One ounce of gold would buy you roughly the same number of chickens today as it would have bought you in Egypt in 3000 BCE. So, traditionally, gold is a hedge against the weakness of paper currencies â€“ and indeed of all financial assets. The problem that gold has is that it does not give any kind of return. An investment in gold does not pay rent, interest or dividends and it does not add 10% to its weight every year. For that reason, the most secure financial assets, like the 10-year US treasury bill always seem preferable because at least they have a yield per annum of around 3%. Over the past ten years, in a desperate effort to overcome the impact of the sub-prime crisis and avert the â€œgreat recessionâ€ the governments of the world, and especially the US government, have printed and injected more than $12,5 trillion into the world economy (through â€œquantitative easingâ€). That additional cash has not resulted in rising world inflation, mainly because of fear and low confidence levels. At the same time, the sharp fall in the oil price in 2014 has kept world inflation at very low levels. But now, confidence levels are creeping up. The US economy is generating over 200 000 new jobs every month for some time. Consumers and businesses are beginning to spend the cash that they have been hoarding. They are starting to borrow again. And the oil price has been rising since the beginning of 2016. Now suddenly, gold is coming back into fashion as an investment hedge. The JSE gold index, which reached a low of 931 on 17th August 2018, has been climbing and has more than doubled from that low. It is up 40% so far this year. Mining analysts expect that gold mining profits will be up 35% in the current year. The dollar price of gold has broken upwards out of a long-term rising wedge formation. Consider the chart:

On the face of it, this looks like a consequence of Donald Trumpâ€™s trade war with China and other countries as well as the more dovish stance of the US Federal Reserve Bankâ€™s monetary policy committee (MPC). But the real underlying cause is a decade of massive monetary policy stimulation of the world economy which is finally beginning to impact consumer and business confidence. To this must be added Donald Trumpâ€™s recent sabre rattling in the Middle East. Wars have been associated with runaway inflation since the collapse of the German mark after World War II. For that reason, anything which looks like it could result in war tends to push gold up. This could represent an opportunity for private investors, always keeping in mind the highly speculative nature of investments in any commodity. It could also be the beginning of a revival of the gold mining industry in South Africa. You should keep in mind that South Africa still has about 40% of the worldâ€™s known underground reserves of gold â€“ but at current prices most of it is too deep and expensive to mine economically.

Right now, comparing Amplats with Sibanye is instructive for private investors – and made more interesting because: 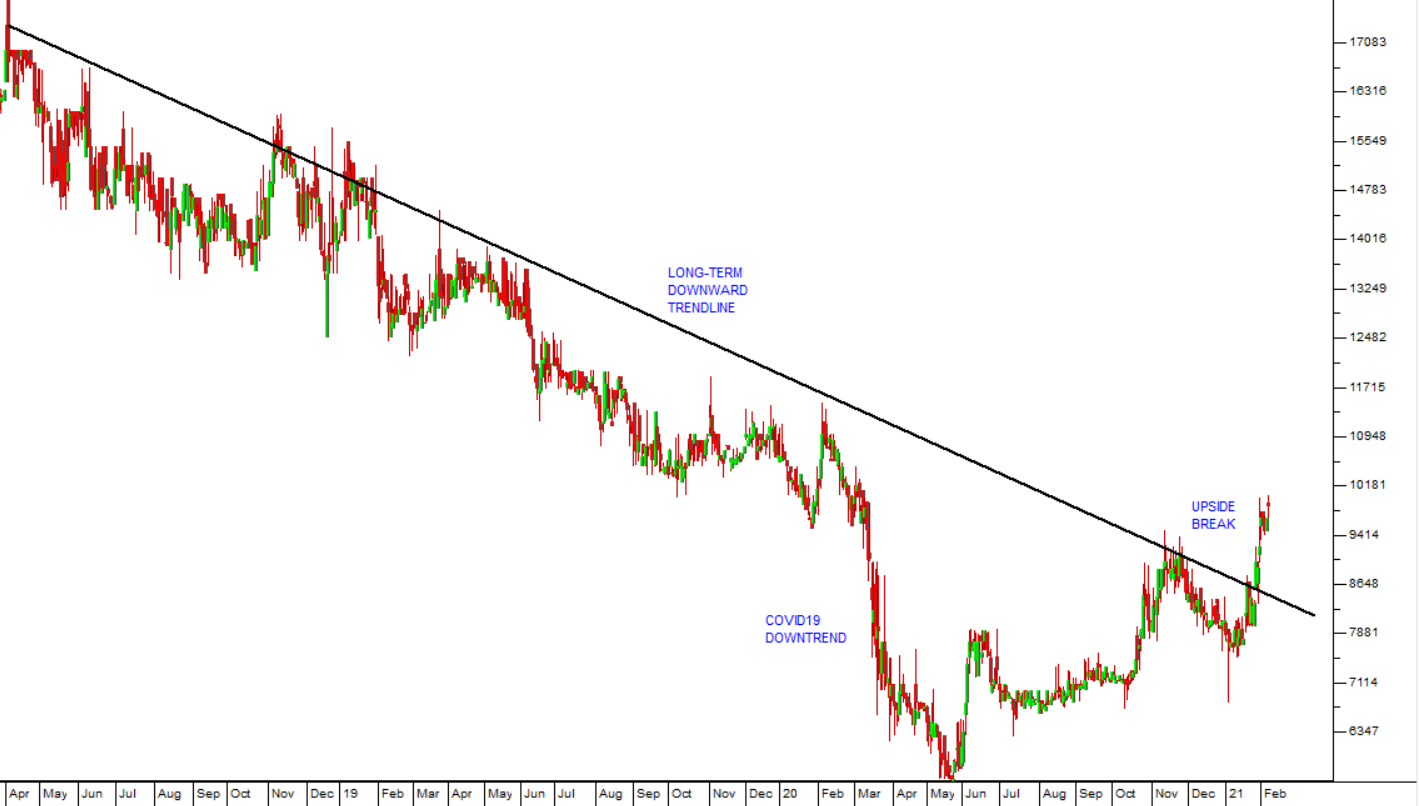 In the current environment investors should be looking for listed companies that have managed to weather the COVID-19 storm and emerged with strong growth. These companies would have had two important components before the pandemic began – a strong balance sheet and highly competent management. Hudaco had both.
Hudaco is a company with two primary divisions:

America
The relatively calm installation of Joe Biden as president and the Democratic Party’s control of Congress were appreciated with relief by markets worldwide. The S&P has risen by almost 18% from its low of 3270 on 30th October 2020 to its recent high of 3855 on 25th January 2021. Biden has promised further substantial stimulation

As far back as January 2016, billionaire George Soros went short on the S&P500 index. This means that he thought the S&P500 was going to fall heavily and he took positions which would profit from a major fall in that index. Later in May 2017 he doubled up on those “short” positions and he has been taking more short positions ever since. As recently as final quarter of 2020 he bought

Truworths (TRU) is a retailer of fashionware in South Africa and the UK. As such its business has been damaged by the impact of Brexit in the UK and the recessionary conditions in the South African economy. Both countries have then been impacted by lockdowns which prevented in-store sales for a period of time, beginning in late March 2020. The second wave of the pandemic has also been a factor. In the UK,

At the start of 2021, it is as well to stand back and consider the context of where world markets are as they slavishly follow Wall Street up to new record highs.  Consider the 12-year chart of the S&P500:

The chart shows that the great bull market which began in March 2009 is on-going. It is moving within a clearly defined channel.
11 January 2021 By PDSNET Read More 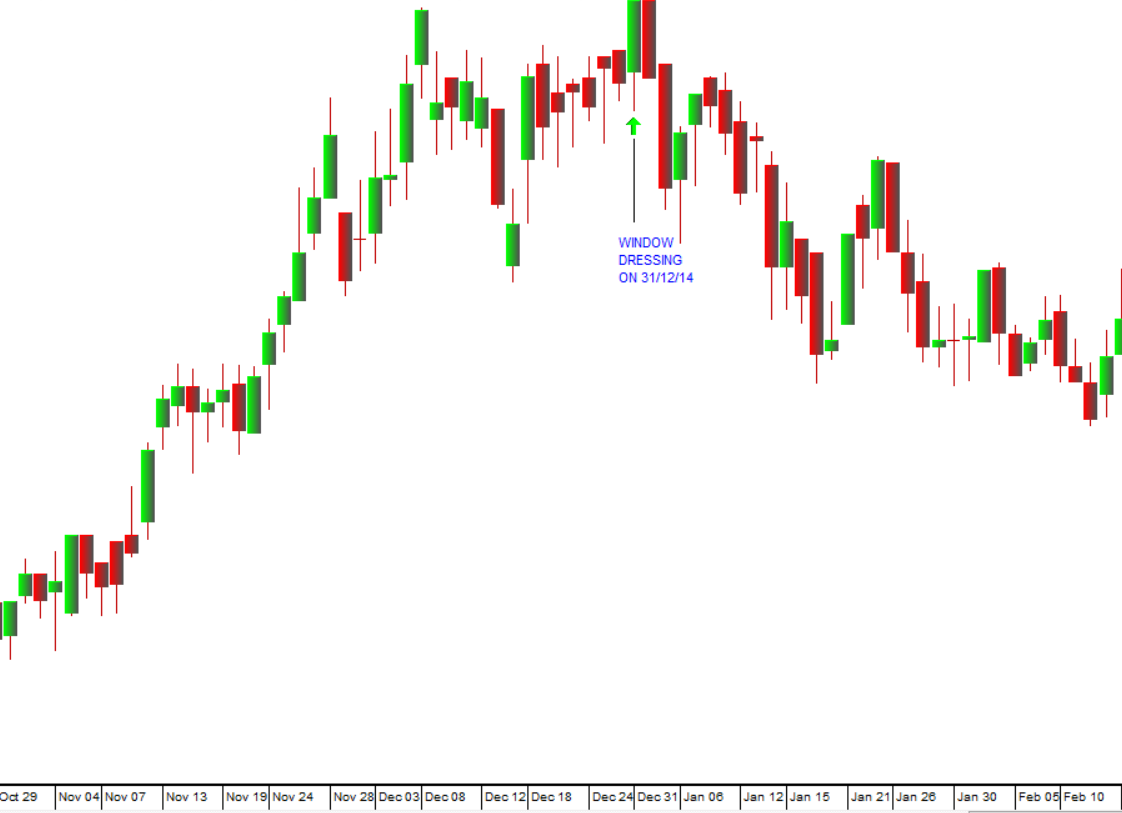 We all know that our market, the JSE, is dominated by the big institutions – the pension funds, unit trusts, insurance companies and a scattering of large fund managers. These institutions together account for at least 90% of the trades on the JSE by value. We private investors make up the rest.
Big institutions have huge holdings of mostly blue-chip or

For some years now we have believed that the rand was underpriced in relation to the currencies of first world countries, especially the US dollar. We have also said that the rand, as one of the most heavily traded emerging market currencies, is a barometer of the international investment community’s perception of risk in the world economy. When investors

A few years ago, we developed software to manage an in-house investment club for our staff members. We now offer it to any member of the public who wants to set up an investment club, free of charge. Using the daily closing prices from the JSE, this software is designed to keep track of the investments of a group of people who have decided to work together on investing directly